I helped out in our local garden club shop this morning and besides meeting some new people, have been inspired to do more in the garden.

There was lots of activity as people were renewing memberships, and I wandered around to get some inspiration. Seed potatoes were selling fast as were mini onion sets, all of which we could be planting. I bought some bean seeds and I’ll be back for canes as they had 8ft poles as well as 4m and 6m.

I also spotted some chemicals to destroy tree stumps – and we have a few of those – and discussed those as well as other treatments to try. We have at least three stumps which vary from dormant and defunct to steadfastly trying to regrow. The horse chestnut stump in the back is acting like it was pollarded, and the one we kept is showing signs of leaf pests every year, so it may be a tree we need to lose. But if we diy it, we have the issue of where it goes to be recycled…

I’m still on the hunt for a job but it’s going to be a slow burn. I headed outside just now in the sun and started pruning. And I think it was forsythia (and it’s not one I like!). Only to be rained on – so if you gardened this morning, aren’t you lucky? My computer called me just now as that doesn’t involve rain! Update: it’s hail! I have lots of shrubs to get rid of but until we get garden waste collected again we will struggle to compost/get rid. But I bought some compost accelerator powder. Tick! Updated blog, tick! 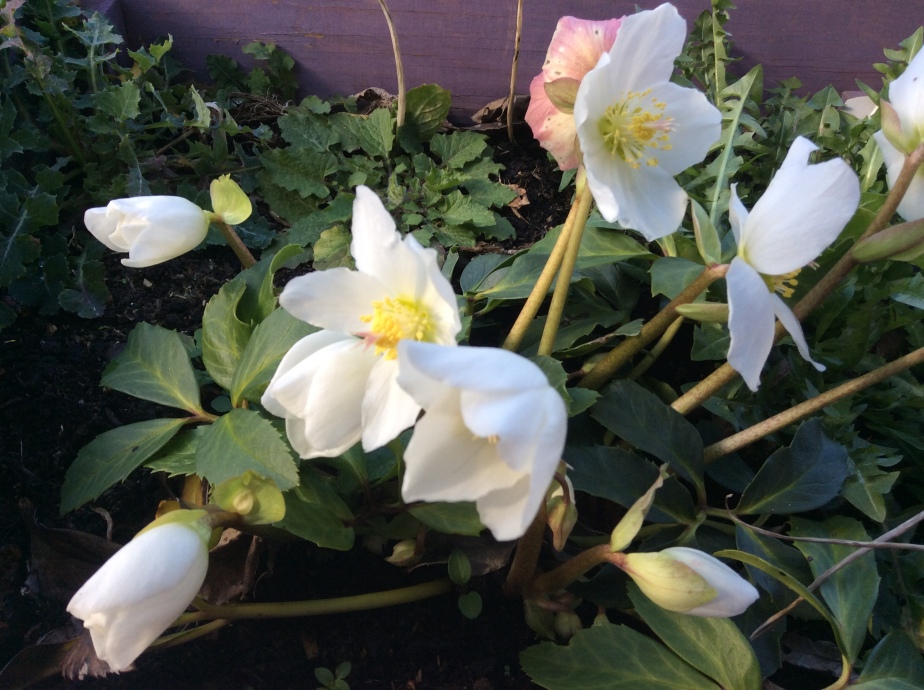